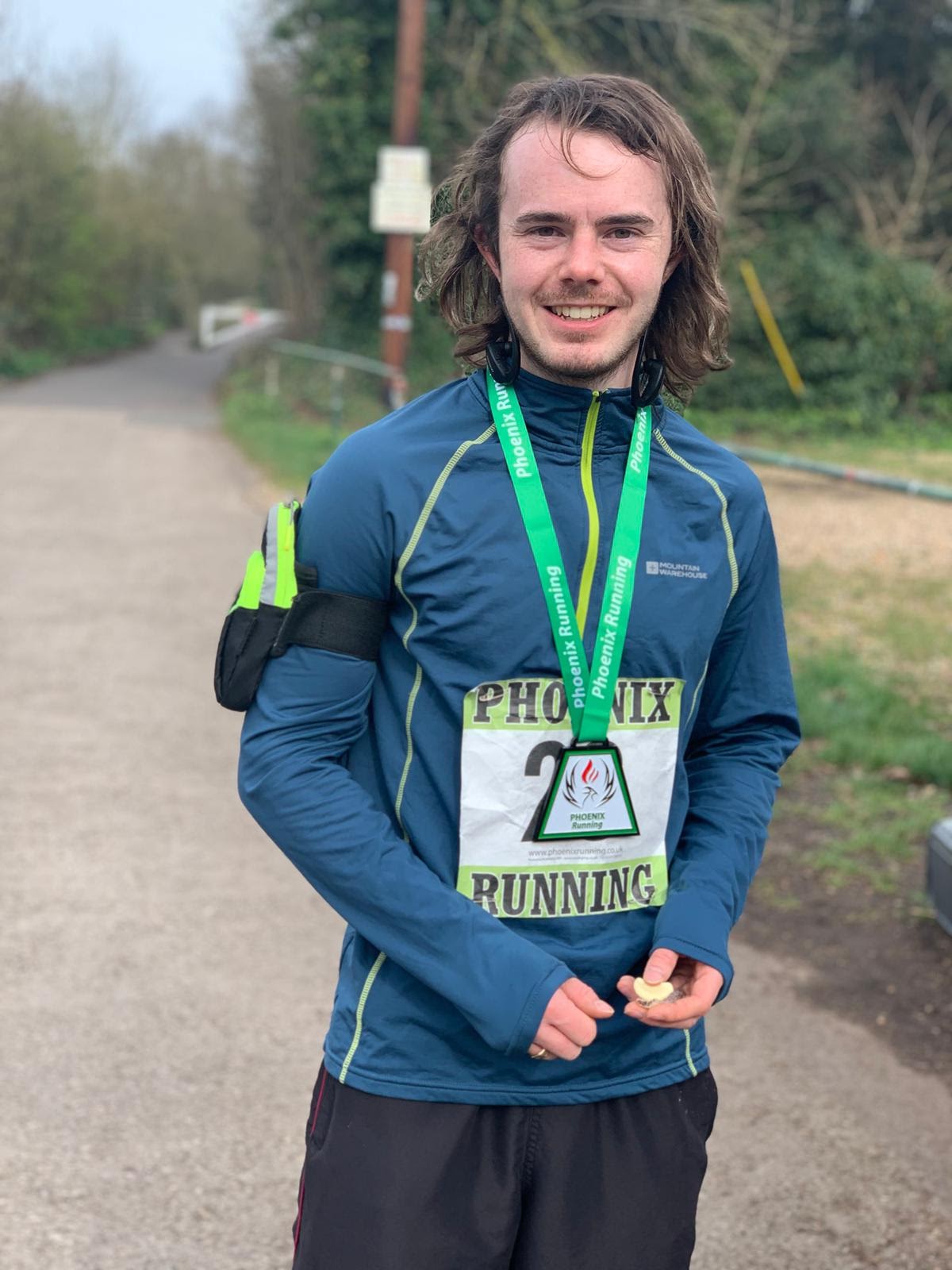 In 2019, Nathan Common decided that he would set himself a challenge to run the London Marathon. Unable to secure a place at the event, Nathan was undeterred and decided instead to sign up to run not one but four marathons in 2020 as part of Phoenix Running’s Icebird Series.

When asked why he has chosen to support NASS, Nathan says ‘I am very interested in giving attention to the excellent work that NASS are doing towards treatment and research, as well as providing support, advice and information to those suffering from axial SpA (AS).‘

The cause is close to Nathan as his mum lives with axial SpA (AS). He says ‘It took a very long time for my mum to be diagnosed with the condition, by which time a lot of irreversible damage had occurred that could have otherwise been prevented.’

Nathan has already completed his first marathon, with his next challenge scheduled to take place in August, and he’s raised a brilliant £325 for NASS so far. Good luck in the next races Nathan!