The third meeting of the All-Party Parliamentary Group for Axial Spondyloarthritis took place on 29 January at Portcullis House in Westminster. It was our largest meeting yet, with 80 attendees.

The meeting focussed on the delay to diagnosis, something that we know is close to the hearts of a lot of our members.

We were also thrilled to launch the report into our National Inquiry into axial SpA (AS) services which you can read here. The APPG will now take forward plans to use the report to improve services around England including parliamentary questions, requesting a meeting with relevant government ministers and proposing a debate.

The next All-Party Parliamentary Group (APPG)  for Axial Spondyloarthritis meeting will be on 29 January, focussing on the delay to diagnosis as well as launching our Freedom of Information Inquiry report. To find out more, and how you can support it click here.

Dr Dale Webb, NASS CEO, presented the results of the Freedom of Information (FOI) request sent to all NHS Boards in Scotland at the Cross Party Group for Arthritis and Musculoskeletal Conditions. The FOI was sent to all 4 nations in the UK, and looks to map the current services for people with axial SpA. Based on the NICE Guideline, the FOI was made up of a ten-question quality framework. The results in England are being launched at the next APPG for Axial SpA meeting in early 2020, and plans are underway to meet with officials at the Department of Health in Wales and Northern Ireland.

Jill hosted a stand at the Institute of Osteopathy Convention. It was heartening to hear how those who had attended our NASS Allies seminars were now confident in recommending referral to rheumatology those who they suspect had axial SpA (AS). It was also great to hear that a significant amount of people were also using the referral template endorsed by the Royal College of GPs.

Many thanks to Dr Antoni Chan and his team at the Royal Berkshire Hospital in Reading for hosting a NASS Allies seminar for osteopaths and chiropractors.

We were pleased to have the opportunity to respond to the Prevention Green Paper published by the Department of Health. Musculoskeletal conditions featured well in the paper, although there is more work to be done. We also contributed to a more general submission by the Arthritis and Musculoskeletal Alliance (ARMA).

Jill Hamilton, Sally Dickinson and Anna McGilvray attended the British Society for Spondyloarthritis (BRITSpA) annual conference, meeting with some of the most renowned health professionals working in axial SpA. Dr Dale Webb, NASS CEO also presented at the conference, updating on the latest in our Every Patient Every Time campaign.

Jill Hamilton made the journey to Newcastle where the rheumatology team at Freeman Hospital hosted a NASS Allies event. Twenty osteopaths and chiropractors attended the session looking at diagnosing axial SpA (AS).

Read more about the NASS Allies partnership with the Institute of Osteopathy and Royal College Chiropractors.

29 July 2019  |  Majority of patients not asked for consent before being switched to a biosimilar, survey finds

NASS Head of Information and Support Services, Sally Dickinson, presented preliminary results of the collaborative biosimilar survey at Westminster Health Forum policy conference on 16 July, which showed that fewer than half of patients (47%) were asked for their consent before being switched to an adalimumab biosimilar. Sally described the preliminary results as “disappointing” and said they showed that there was significant variation across the country in terms of whether patients’ had a positive or negative experience of switching to a biosimilar.

Our Every Patient, Every Time campaign is working hard to eliminate variations like these in the quality of care provision.

Read more about the preliminary survey results here and click here to participate in the survey.

NASS has written an initial response to the prevention green paper which was published on 22 July. We will be responding fully to the consultation in due course.

The second meeting of the All Party Parliamentary Group (APPG) for Axial Spondyloarthritis took place on 9 July in the House of Commons. The meeting was chaired by Lord Campbell-Savours, with 5 other parliamentarians in attendance. Guests of the APPG gathered to hear presentations from Dr Jon Packham (Consultant Rheumatologist, Haywood Hospital, Stoke on Trent) and Dr Antoni Chan (Consultant Rheumatologist, Royal Berkshire Hospital, Reading). Read more about the meeting here.

Jill Hamilton and NASS Member Peter Kellythorn attended the Bedford Council Health Overview and Scrutiny Committee meeting, keeping up pressure on the Trust and CCG not to close the hydrotherapy pool at Bedford Hospital permanently. A consultation period will run over the summer months to include patients, physiotherapists and patient groups like NASS.

We are pleased to have Dr Ben Thompson of the Royal Free Hospital in Newcastle and Dr Antoni Chan of the Royal Berkshire Hospital on board for the next two seminars in the series developed with the Institute of Osteopathy and Royal College of Chiropractors. Find out more about the project here.

Tenders are invited for the design and delivery of our three year service improvement programme, Aspiring to Excellence.

If you are interested in tendering please read the full Invitation to tender document and complete the Invitation to tender form, which should be sent to Anna McGilvray, Programme Manager for Aspiring to Excellence by 31 July 2019. Interviews will be held with shortlisted applicants on Thursday 8 August 2019.

Thank you to everyone who has signed our petition to keep open the hydrotherapy pool at Bedford Hospital. This is a very important issue for NASS and we will continue to fight to keep hydrotherapy pools open.

As part of our NASS Allies project, NASS has been working with the Institute of Osteopathy and Royal College of Chiropractors to assist their professions in recommending onward referral to rheumatology. We were delighted that the Royal College of GPs and Chartered Society for Physiotherapy both endorsed the template. The template was launched at the Primary Care and Public Health Conference, where we were pleased to engage with over 300 primary care practitioners, including many GPs.

Our service improvement award programme, Aspiring to Excellence, launched on 1 May at the British Society for Rheumatology Conference.

Find out how to apply

Last week saw a momentous event for people living with axial SpA (AS) in the UK, when NASS held the inaugural meeting of the first ever all-party parliamentary group (APPG) specifically for AS. Parliamentarians, policy makers, clinicians, healthcare commissioners and NASS members and staff came together to identify and address concerns about AS care.

Click through to read NASS CEO Dr Dale Webb’s reflections on the meeting and more of what’s to come from NASS’ Every Patient, Every Time campaign.

The delay to diagnosis for axial spondyloarthritis is 8.5 years, and parliamentarians are coming together for the first time on 19 March to put into action plans to reduce this dramatically.

Plans for our work with the Institute of Osteopathy and Royal College of Chiropractors to help reduce the delay to diagnosis have been announced for 2019.

On 7 January 2019 NHS England published its long-term plan for the NHS. It sets ambitious targets to reduce deaths from illnesses such as heart disease and dementia and makes commitments to improve care in areas including cancer and mental health.

NASS knows that not everyone in the UK gets the same standard of care for their axial SpA (AS) – that’s why we’ve launched our new campaign Every Patient, Every Time. The publication of the National Institute for Health and Care Excellence (NICE) Guideline in 2017 and Quality Standard in 2018 were huge landmarks for axial SpA (AS), but there’s much more work to be done. Our next goal is to ensure that the guideline and quality standard are both effectively implemented, so that every patient, every time gets the care and support that they need.

Clinicians hold the key to driving up performance standards and we will support whose are determined to improve services. Aspiring to Excellence will provide – through a competitive award process – tailored support and a multi-site learning environment to services that are aspiring to improve their care. Through a national network of participating centres we will identify and disseminate learning material in order that others across the UK can improve their care. The programme will develop an innovation lab to explore new approaches to care in the hope of creating new systems for local or even national roll-out.

Only by working in partnership can we achieve the ambitious goals of Aspiring to Excellence. That’s why NASS is delighted to be partnering with AbbVie, BRITSpA, Novartis and UCB to bring this programme to life. Five organisations, concentrating our resource, insights and unique perspectives with a shared determination to create system-wide improvements. Every Patient, Every Time.

W
orking with NICE and Commissioners

We will be working in collaboration with the National Institute for Health and Care Excellence (NICE) to organise workshops for commissioners. These will include:

–  An example of good care and how it was implemented

–  The benefits to the individual

–  The benefits to the NHS and wider society

An All Party Parliamentary Group for Axial Spondyloarthritis

We are delighted to announce that we have been working with MPs to form a new All Party Parliamentary Group (APPG) for Axial Spondyloarthritis which will be co-chaired by Derek Thomas MP and Lord Campbell-Savours, who has AS. An APPG is a group of parliamentarians from all parties who work together on a specific area. In this case, the APPG for Axial SpA will run for two years, conducting and reviewing freedom of information requests (FOI) to commissioners, reviewing data from the Early Inflammatory Arthritis Audit plus other relevant research, and publish reports.

[1] Aspiring to Excellence has been supported through the provision of sponsorship. Sponsoring organisations participate in project meetings but the NASS-appointed Faculty retains control of all decision making 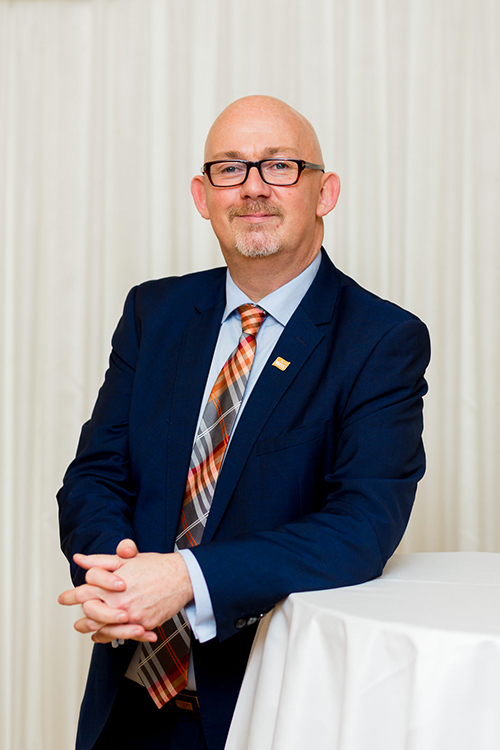 On behalf of NASS, I am delighted to announce the launch of our campaign Every Patient, Every Time. We’re determined to reduce the delay to diagnosis for axial SpA (AS) and ensure that everyone has access to the care set out by the regulator NICE. As you will see from the gallery of photos below, our campaign launch in Parliament in early December was a great success. NASS is fortunate to have such committed members, supporters, partner organisations and parliamentarians working with us.

Since the event, three more parliamentarians have agreed to join our new parliamentary committee – that’s seven already. We will update you on the work of the committee once it meets in early 2019. This campaign page will keep you updated on all of our progress and plans. Over the next months, we will be contacting our members and supporters to invite you to work with us in different ways to keep up the pressure on the NHS to provide early diagnosis and effective treatment – Every Patient, Every Time.