When I joined NASS in November 2017 I was delighted to learn that NICE had just published a Clinical Guideline for the diagnosis and management and axial SpA. I started to ask the question ‘How can we ensure widespread and effective implementation of the clinical guidelines?’ NICE itself only has a small implementation team, and I didn’t see many other actions that would stimulate improvements in service provision, so how were we going to help ensure faithful implementation of the Guideline across the country?

The concept of reliability in healthcare – ‘every patient, every time’ – is one that I was already familiar with, having spent almost ten years working at The Health Foundation (THF). I was also familiar with the broader field of healthcare quality improvement from my days at THF. In fact, I had co-designed and co-facilitated the world’s first International Colloquium on the science of quality improvement back in 2011.

What QI brings is a rigorous improvement approach, built on the work on the statisticians W. Edwards Deming and William Shewhart from the 1940s. Demings’ work helped to achieve, for example, economic recovery in Japan in the 1950s and a reversal of fortunes for the Ford Motor Company in the 1980s.

In the mid 1990s the Institute for Healthcare Improvement (IHI) developed the Breakthrough Collaborative Model. It brings multiple healthcare organisations together in a short term learning system to seek improvement in a focused topic area and to learn from QI experts and each other. I had the pleasure of working with many IHI colleagues in THF-sponsored programmes in the UK and in Malawi using the Collaborative Model. I saw at close hand how a rigorous approach to developing and testing improvement ideas, underpinned by a very data driven methodology, could yield impressive results. 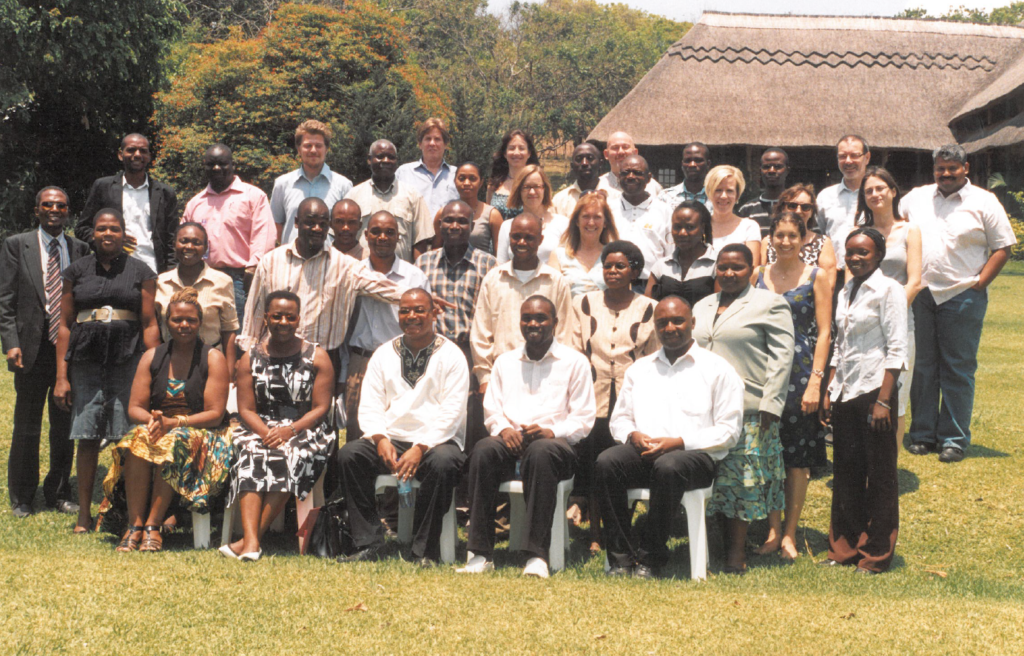 Dale and the team in Malawi

As I looked around the field of rheumatology I was struck by the paucity of QI work going on and saw an opportunity to introduce QI to axial SpA. From June 2018 onwards I began discussion with potential sponsors about the idea of an improvement programme in axial SpA. In September of that year I spoke at the BRITSpA conference about the importance of ‘every patient, every time’ and proposed the idea of a centres of excellence-type approach using QI. Following some really useful feedback, and with sponsorship confirmed NASS launched our Every Patient Every Time campaign in Parliament in December 2018, and announced that we would be launching Aspiring to Excellence.

Our aims were simple: to work with rheumatology services across the UK that are aspiring to achieve excellent care, support them, understand what it is that they are doing well that others could learn from, and develop and disseminate learning material in order that others can improve their care too.

The first cohort of participating centres began their work in November 2019 and, despite the many challenges resulting from Covid, we are now seeing their first results. With cohort two joining in March 2021 we are well on our way to embedding QI approaches in axial SpA, so that every patient gets early diagnosis and treatment, every time.