NASS welcomes the publication of the second annual report from the National Early Inflammatory Arthritis Audit. The Healthcare Quality Improvement Partnership (HQIP) is to be congratulated for commissioning it.

This second report confirms what has been shown by many other studies worldwide and by two systematic reviews published in the last year – that people with axial SpA can have very long delays in getting a diagnosis, and that the length of symptom duration prior to referral and assessment is greater than that for other forms of arthritis.

The way that the audit questions were constructed does not, disappointingly, allow us to determine the average time to diagnosis. What the audit does tell us is that more than six out of ten axial SpA patients in the sample waited more than one year for an assessment in rheumatology, and around one third waited more than five years. This figure is slightly higher than in the first annual report.

The majority of the referrals in the sample originated from primary care which has a critical role to play in reducing the time to diagnosis. Strengthening the clinical visibility of axial SpA must be a priority area for improvement so that every patient with suspected axial SpA is quickly detected and urgently referred directly to rheumatology.

Only a minority of the patients in the audit were referred from specialists who aren’t rheumatologists but are involved in treating other symptoms that are common in the disease, such as ophthalmologists who would treat uveitis.

As the report notes, clinicians in these fields may be failing to recognise axial SpA which supports other research which found that there is a high prevalence of undiagnosed axial SpA presenting to secondary care with uveitis. These services represent significant opportunities for early detection and referral to rheumatology.

National audits can help to inform future healthcare policy and planning, so it is disappointing that the numbers of axial Spa patients in the audit are so low. Only 2% of the sample had axial SpA – just 244 out of 13,578 patients. We urge Health Quality Improvement Partnership and the British Society of Rheumatology to find ways to increase clinician engagement in the audit to ensure that it properly reflects the prevalence of the condition.

The audit confirms other studies showing that the average time to diagnosis in the UK has not improved. We are in danger of normalising and accepting such an excessive delay – which can result in devastating consequences for the physical and psycho-social health of people living with axial SpA – unless bold and urgent action is undertaken. This is why NASS and our partners are calling for a Gold Standard time to diagnosis of one year and a national plan to support its implementation. 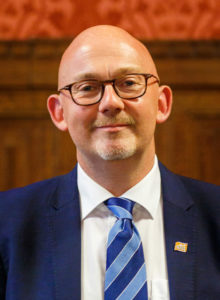