Sean Dodsworth is 25 and lives in North Yorkshire. Sean has lived with axial SpA (AS) symptoms since his late teens and now has irreversible damage to his sacroiliac joints and lower spine. Sean is taking part in the Coast to Coast challenge in June 2021 to raise awareness about AS and raise funds for a more positive future for young people with axial SpA. Here, Sean shares his story. 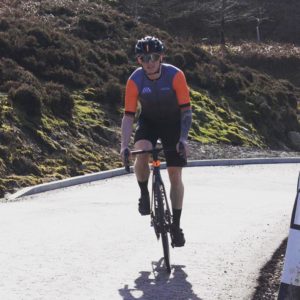 I have lived with axial Spondyloarthritis since I was 19 years old. Initially, the pain presented as a mild sports injury that I struggled to recover from fully. However, the pain didn’t get better. I saw physiotherapists who could not put their finger on what was causing my chronic pain. It wasn’t until five years after my symptoms first started that my GP referred me for an MRI scan and a blood test, and I was finally diagnosed with axial SpA.

I was thankful to have a name for what was causing my pain.

Axial SpA has had an enormous impact on my life and my career.

It has always been my lifelong ambition to have a successful career in the infantry. I joined the Army at 16 and have since been promoted to the rank of Corporal. However, my condition may impact my career. It’s been hard on my mental health to watch my peers excel in a profession that I love while I’m held back due to my pain and fatigue. My symptoms have also halted my ability to play sports and my progress towards becoming a personal trainer. However, since coming to terms with my diagnosis, I have discovered a love of cycling which helps keep me active.

AS can be hereditary, and I do not want my children to go through the same experience. 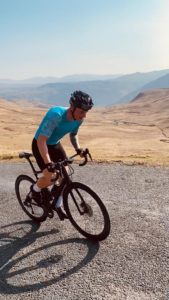 I know through my own experiences how difficult axial SpA is to diagnose, and there’s currently an eight-and-a-half-year delay in the UK. I’ve recently found out that I’m going to be a father, and I want to do what I can to raise awareness and help NASS reduce the delay to diagnosis for future generations.

This summer, I’m taking part in the Coast to Coast challenge, a stunning route from the western Lake District, across the Yorkshire Dales and the North Yorkshire Moors, finishing by the sea at Whitby. Most cyclists complete the course in four or five days, but I plan to cycle the full 150 miles within 24 hours!

Thank you to everyone who is supporting me on this challenge, and I’m delighted to have already raised nearly £300 to support the work of NASS.

Sean Dodsworth is taking part in the Coast to Coast challenge on 26 June 2021. To show your support or follow his progress, please visit Sean’s JustGiving page.

Cycling can be a good form of exercise if you have axial SpA. It can improve general fitness and stamina, and regular cycling can reduce the risk of chronic illnesses such as heart disease, type 2 diabetes and stroke. Cycling can also boost your mood and keep your weight under control. Find out more about cycling safely with axial SpA.